The river could be viewed as having 3 different sections .1st Top section from Laneshawbridge down to Carry Lane Bridge is what could be considered to be the more rural section. The fish tend to be smaller at Laneshawbridge as you would expect ,this part of the river responds well to dry fly as we move into Spring , black nat, small duns etc.

Continuing downstream through to Ballgrove along with dry fly, both wet fly and euro/Czech nymphing can work well especially in the pools and runs. Parking can be had at the top of Laneshawbridge tucked in near the bridge at Carriers row. Plenty of parking is available at Ballgrove. River access is good apart from the section opposite Ballgrove Lake down to the bridge. For the fit and able only.

The section down to Carry bridge responds well to nymph and wet and dry fly, especially late spring and early summer as you would expect.

2nd section Carry bridge down to Green field nature reserve, becomes a  more urban fishing environment however a surprising amount of wildlife can be encountered kingfisher, dippers, wagtails, herons waterfowl along with unfortunately the odd cormorant and goosander. Expect odd traffic cones, old bikes etc. Some good fish to be had , and in surprising condition however access can become more of an issue, finding an appropriate entry and making your way up the river is probably best. Good runs and pools can be found between the mills on Burnley road up to the viaduct for example.

Some nice fish lurk around Green Field reserve. Again if conditions are good, good fishing to be had. Gets more challenging as summer moves on.

3rd Section from the back of sewage works down to the water meeting at Pendle water. Access from nature reserve, however it can be a scramble in places, alternatively park at Barrowford locks, walk on canal to the bridge over river, drop down just before the bridge and make your way up the river.  Euro nymphs wet fly all good methods.

Alternatively at Barrowford, park at car park signed Michael Burke sports hub and make your way up the river from water meetings to bridge over canal, some easy access, others not so much. Toward the end of the season, seems for me at least, to be the time I tend to catch the odd better fish and that is when the grayling makes an appearance, oddly varies from season to season. I don’t recall catching any last season 2021. Yet I caught a good few toward the end of the season before. I would say more Grayling at lower sections 2 and 3 than at the very top of the river

I think darker patterns in wet flies, any number of coloured nymphs are good on euro. And simply look to match the hatch on dry .Equipment , waders  I use a 3-4 line however depending on personal preference a heavier line can cast easier and usually a 3lb leader sometimes 2lb but very rarely , I don’t see the sense in getting snapped and you don’t play the fish to death, just land and safely back. I always have a landing net. Any fish from 1lb and above can be considered a fine catch

I’m sure a lot of poaching goes on, hopefully fish are returned, however if i were to come across youngsters poaching I would encourage them to join the club then they have an investment in the river. If they are older they should know better and should be told so.

For what is considered an urban river in the main both trout and grayling are usually in fine condition, the river is an asset to the club and hopefully will continue to improve as we move forward. Please report any possible pollution issues to the relevant authorities. Regarding possible poaching/ damaging behaviour by making our presence known as club members can only be to the good. 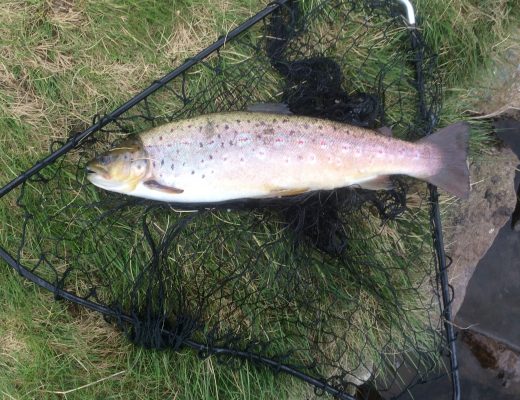